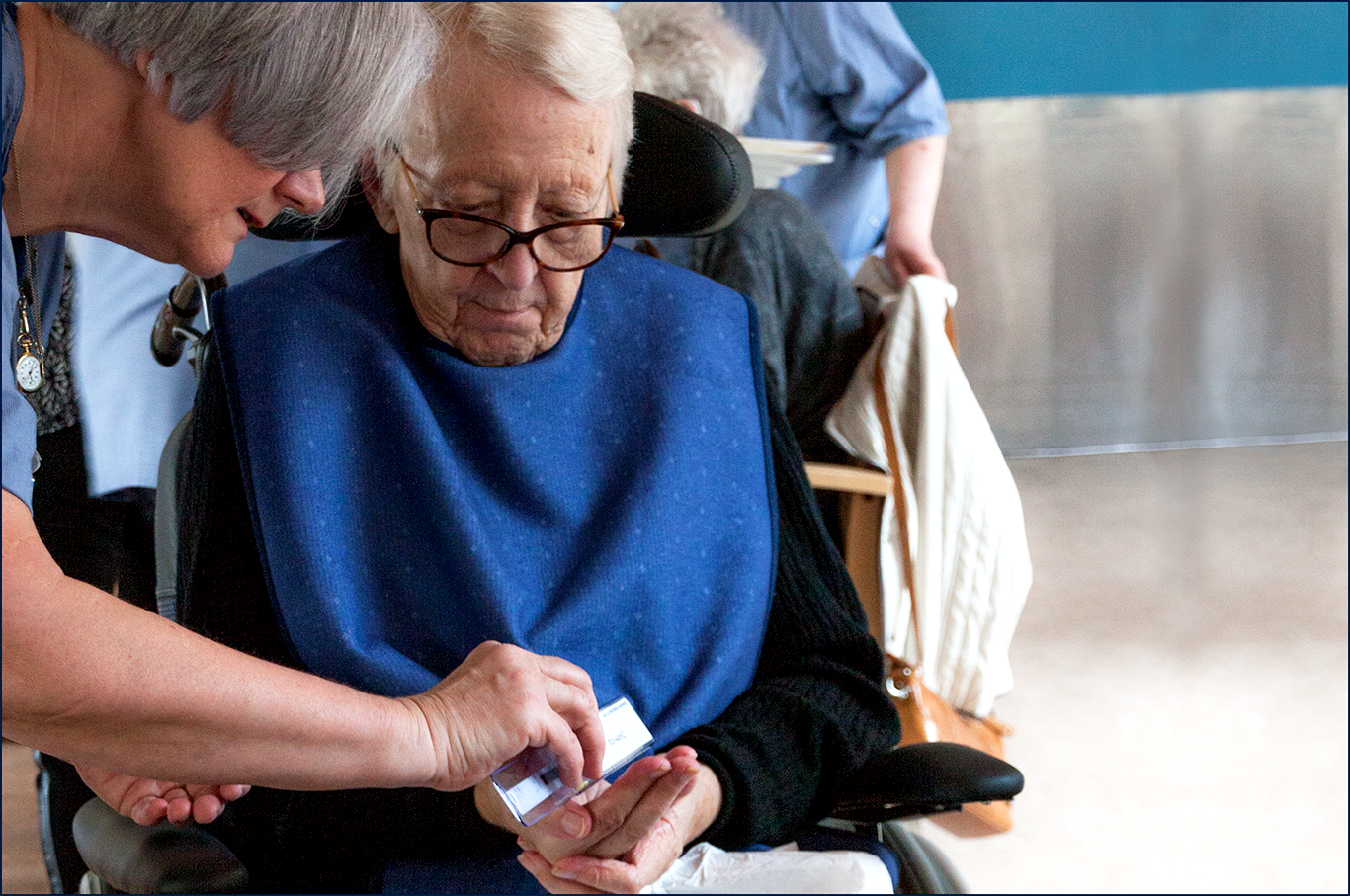 Alzheimer’s – When Forgetfulness Becomes a Disease

Alzheimer’s is probably the best-known dementia disease in the world. Dementia can be described as a state where the brain functions get weakened by the disease. Alzheimer’s kills a Dane every third hour.

In 1906, the German neurologist Alois Alzheimer was the first person to discover the typical symptoms associated with Alzheimer’s disease. Kibodan tries to help the relatives of Alzheimer’s patients, and with this newsletter we would like to highlight the seriousness of this disease.

What is the difference between Alzheimer’s and dementia?

It is widely believed, that Alzheimer’s and dementia are the same disease. That is why we want to take this opportunity to explain the difference between these two terms.

The term dementia comes from the Latin language and means “derangement of the mind”. There are approximately 200 different types of dementia diseases, amongst those is the well-known Alzheimer’s disease, the vascular dementia and Lewy-body.

Thus, Alzheimer’s is both a form of dementia and at the same time the most frequent reason for dementia. If you suffer from Alzheimer’s, the short-term memory weakens and you typical have trouble finding the right words. Your personality and temperament can also change in the later stages of the disease.

How does Alzheimer’s occur and which opportunities for therapy are there?

The cause of the disease is unknown, but some researchers have found out, that certain changes happen in the brain: “The pile-up of one protein between the brain cells as well as in the inside of the brain cells is very harmful. The disease also causes a lack of the signal molecule acetylcholine, which the brain cells need in order to communicate with each other.” Alzheimer’s is not curable yet, but there is medication that can alleviate the symptoms.

How many people suffer from Alzheimer’s and when do symptoms usually manifest?

There are approximately 70.000 – 85.000 Danes, who suffer from a type of dementia, of those about 50.000 people suffer from Alzheimer’s. Old age is a high-risk factor regarding Alzheimer’s. Most people get sick, when they are above the age of 65.

There are approximately 400.000 people in Denmark, that have a family member with dementia. On average, relatives spend 5-7 hours daily caring for their loved-ones. Dementia is the fifth most frequent cause of death in Denmark.

What is being done in the fight against Alzheimer’s?

The Alzheimer’s association is a Danish organization, which works towards improving conditions for the people suffering from dementia and their relatives. The organization has developed different objectives, that they hope to achieve by 2025. One important goal is to reduce the number of dementia cases by 10% a year.

How can Kibodan contribute to ameliorate the symptoms?

Dementia is becoming an increasingly serious problem for the population. There is an expectation, that the diagnosis rate in the Western part of the world, will increase by 25 %, from 50 % to 75 %, by 2030. Unfortunately, there is as of yet no cure for the disease, but there are two types of medication, that are currently being used in the treatment of Alzheimer’s symptoms: Anticholinesterases and memantine. Both are taken in pill form and in order to keep control of the pills, we recommend Kibodan’s pill boxes. Relatives spend about 5-7 hours daily caring for their loved ones, this includes administrating medication. Kibodan’s pill boxes make it easier and simpler for the relatives to administer medication. Kibodan’s pill boxes also save time, so extra time can be spent on more important things. Kibodan’s dose systems have different sizes and colors, in order to ensure the optimal solution for every patient’s needs.