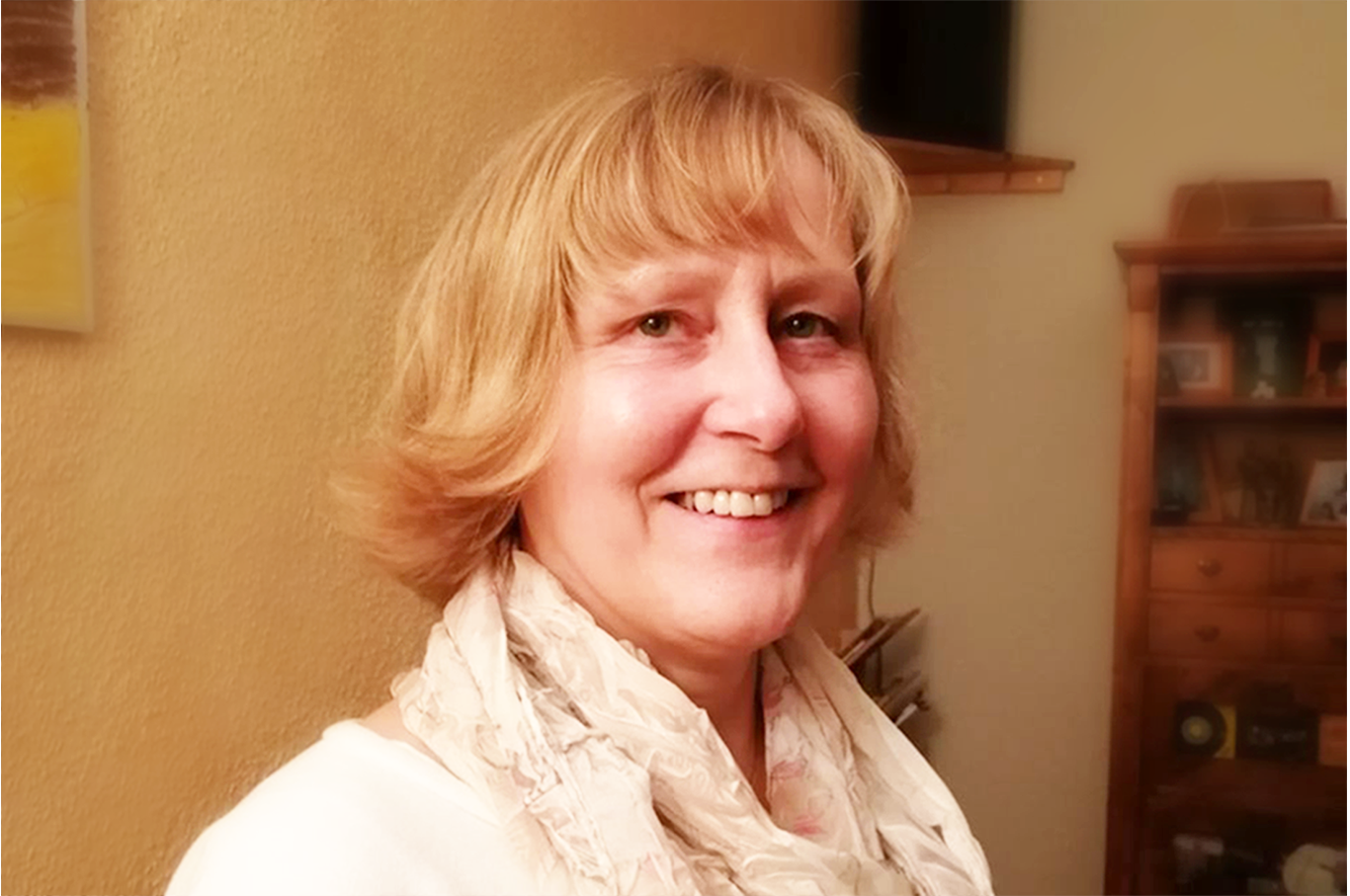 Interview with a breast cancer patient

Can you please introduce yourself and tell us when you were diagnosed with cancer?

My name is Regina Flikschuh, I am 58 years old, married and have two grown-up children. I live in Schoeneiche near Berlin and work in our municipal administration. In the winter of 2006, I felt a little knot in my right breast, so I went for a mammography. Also because my sister had breast cancer two years earlier, so I was an at-risk patient. I went to have the mammography and they suspected I had cancer. At the beginning of January 2007, I received confirmation that I had a tumor in my breast. Two actually – one small and one big one, both in my right breast.

What was your experience with the subsequent treatment?

I was operated in mid–January. They removed both tumors, and then they did a lot of tests to check if there was anything else wrong. They scanned my entire body, examined all my organs, with a machine. After the surgery, I was hospitalized for 10 days. Then they discovered in their follow-up investigation that there was still some cancerous tissue around the OP area – cancer cells that had been spreading. So, I was just at home for “two weeks” before I had to be operated again in February 2007. I was hospitalized for 3-4 days and it was a big operation with general anesthetic. The doctors recommended to have a breast conserving surgery, because the tumors were small and got discovered quite early. I was treated in a special breast department in the hospital, which had many years of experience of breast cancer. And I was operated by the head surgeon of that department, and it was her specialist area.

What happened after the surgery?

At first, I had to rest after surgery. I think about 4-5 weeks passed between the operation and the first radiation treatment. It started in spring, and then it became clear that I had to have radiation every day for 6 weeks, except at weekends. I had to do it at another hospital because the hospital where I had my surgery didn’t offer radiation therapy.

In the beginning, it wasn’t that dramatic at all, but the more radiation treatment you have, the more exhausting it gets. When you think about it, you are just lying there under this machine, and you have to imagine, that there is a giant machine moving around above, with a kind of microscope, just much bigger, and it focuses on your breast while you are just lying there. Then the nurse leaves the room and starts the machine. Then, for a few minutes, there is this really terrible, frightening, banging noise.

The radiation itself only lasts for about 1-3 minutes. Over time, I knew what to expect, but it was always a very strange feeling. My skin became more sensitive, my skin turned red and it looked like a sunburn right up until the end and began to peel off.

How did the disease effect your social life?

When I got cancer, I withdrew from my volunteer work and all the other free-time activities I had at that time. Then I started again in autumn 2007, one year after my diagnosis, I started to attend events and see some of my friends and colleagues again. There were many who asked: “Well how are you? you’re looking good“.

The problem is that people cannot see that you are struggling because you look normal. It’s something else if you break your leg, people can see that something is wrong with you. I noticed that people would react unsure, because it is a cancer disease after all.

At the same time, my hormone therapy started. I got an injection (Zoladex) every fourth week, in order to hinder the estrogen production. Additionally, I had to take one pill (Tamoxifen) every day, for the same reason. That means, I got ejected myself into the menopause while I was only 47 years old, with corresponding consequences for my body.

After radiation therapy, I had a break again at about 4-6 weeks, and then I needed to go to a health resort. There I was in a clinic that specializes in cancer patients, and I was there for 3 weeks to start with. I got approved one-week extension, because of my condition. It was really a positive thing because it was really good for me after all that had happened. Because I was there alone, just by myself, you know. I didn’t have to look after my children, or my husband, but I could just concentrate on myself and my health. There were a lot of activities, sports, swimming, water gymnastics etc. And besides, the place was situated by the Baltic Sea, so I could go for a walk along the beach. I didn’t even have to cook, it was so nice. You just go to the dining room and would be served ‘delicious food’ for breakfast, lunch and dinner.

How did your family react?

Yes, so for my husband it was a shock. When I was diagnosed, he was almost more depressed than I was. It seemed like everything was broken. When I had cancer and was in treatment, I often had the feeling that I had to be there more for him than he was there for me. I think he was there for me in his own way, but I also think that the post-treatment clinic was so good because I was just for myself. I didn’t constantly need to check how he was doing or what he was up to, but it was just me who was in recovery.

Regarding my children, I think, they were really scared. My son, Moritz (8 years old back then), was really scared, as far as I remember. He was younger than my daughter (10 back then). For my daughter, it was a really difficult situation, because she had just changed schools. Therefore, it was a great burden on her.

And yes, I was really close to my big sister. She helped me through some of my fears, because she knew a lot about breast cancer already and could tell me, what I had to expect.

How many years have passed since you got the diagnosis and how are you feeling today?

It was 11 years ago. The problem is that you always have pain in your breast. My right breast is just different from my left breast. There is some hard tissue. My doctor explained that it is because of the radiation, the tissue pulls together, and of course the scars come from the surgery. In the beginning, I couldn’t really move my arm, I couldn’t hang out the washing, but it got better with time. But when I do a lot with my right arm, or carry a heavy bag, I still feel pain.

Are you afraid that the disease will return?

Yes, of course, every now and then. At first you have to go for a mammography every six months, that is the law – mammography and ultrasound. Now I go every year and a half. I live my life different now than before I got cancer.